Anyone who’s ever consumed cannabis will tell you that overdoing it can potentially result in feelings of paranoia and anxiety, two effects that are almost universally regarded as unpleasant. Being uncomfortably high is enough to turn even the most seasoned cannabis consumer off the stuff for years, if not for life.

Well, my friends, you probably have a simple solution stocked in your kitchen that can subdue paranoia and help you breathe a sigh of relief back into a calm pool of stress-free euphoria.

We first heard about this little trick from iconic musician Neil Young. During an interview with Howard Stern, Stern confessed he hasn’t touched cannabis in years because “it makes [him] paranoid.”

Neil Young, ever the deep and profound sage, advised him, “Try black pepper balls if you get paranoid. Just chew two or three pieces.” 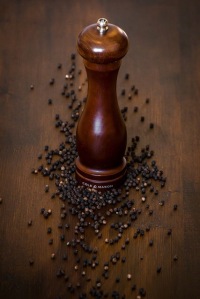 We at Leafly were curious: does chomping on peppercorns actually work? Sure enough, the next time a bit of unfortunate anxiety hit, even the smallest whiff of black pepper straight from the shaker was enough to quell any panic and anxiety, and the relief hit almost instantly.

What about the science behind the synergy – why and how does this work?

According to a scientific review published by Ethan Russo in the British Journal of Pharmacology, cannabis and pepper have similar chemical traits; pepper has a “phytocannabinoid-terpenoid effect,” which is known to help with pain, depression, addiction, and anxiety. Combining the terpenoids(like beta-caryophyllene) in pepper with the tetrahydrocannabinol in cannabis has a synergistic chemical reaction on the cannabinoid receptors in the brain.

In layman’s terms, they both bind to the same receptors in the brain and, when combined, have a therapeutic, calming effect.

On the opposite end of the spectrum, it has recently come to our attention that, if you’re looking to lengthen your high while consuming cannabis, just eat a mango! While this idea stems more from urban legend than from scientific studies, there are legitimate factors to back up this somewhat dubious claim. 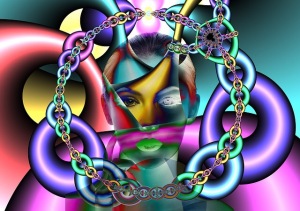 Cannabis, as you know, is chock full of terpenes, in particular the myrcene terpene, secreted from the same glands that produce cannabinoids. Mangoes are naturally high in myrcene, and myrcene is highly synergistic with the THC found in cannabis. Myrcene is also responsible for the notorious “couch-lock effect” that indicas are famous for, so it goes to reason that if one were to consume mango long enough to absorb some of those myrcenes into their system (about 90 minutes) before consuming cannabis, that it may, in fact, lengthen and strengthen the effect and duration of the high.

Who knew? You do now!