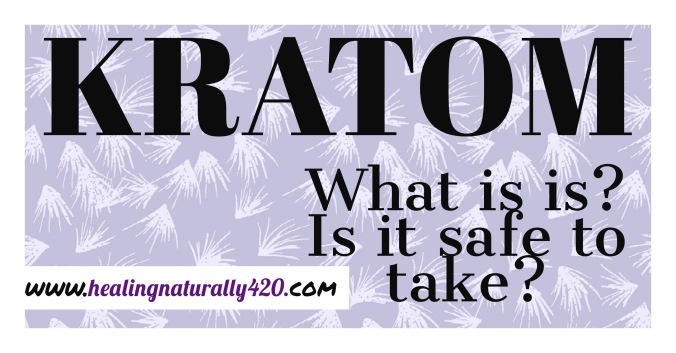 Kratom is a relatively new drug to the US and Europe. It has been used for many years in Southeast Asia as an anti-diarrheal medicine, a painkiller and a recreational drug. Kratom is the popular name for a tree and the drug comes from its leaves.

The drug may be bought in leaf form but in this country, it is more likely to be purchased as a capsule filled with powdered leaf material or a chopped up form of the leaf that can be used for tea or smoking. Most people ingest the drug. The effects of kratom come on rather quickly and last between five and seven hours, although high doses can last longer.

Kratom is heavily promoted as a legal, undetectable, safe drug that can be used to come off stronger drugs. It is not yet illegal in the US but the breakdown products of kratom can be detected with some drug tests. Due to its legality, the drug tends to be more popular among young people who cannot yet buy alcohol and who may be concerned about being arrested with weed or other drugs.

Kratom is included in a newly-defined class of drug called New Psychoactive Substances, so-named by the United Nations Office on Drugs and Crime. In the 2013 World Drug Report, kratom is on this list along with khat (another plant, this one from East Africa), Salvia divinorum (a plant widely available in the US), and synthetics ketamine, mephedrone and others. Many of these drugs are not yet illegal in the US and Europe, despite their dangerous and addictive effects. 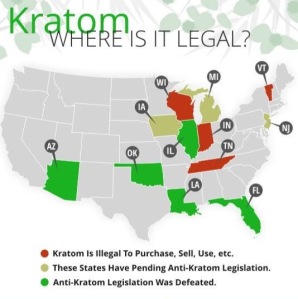 Even when a drug sends people to the emergency room and even when it is known to be addictive, it takes time to collect and compile all the scientific information that supports a legislative ban.

Kratom has sent some people to emergency rooms and there have been calls to poison control centers in the US. Most of the adverse effects of this drug have been felt in Malaysia, Myanmar and Thailand where it is heavily used. The drug is illegal in Thailand. In Thailand in 2011, more than 13,000 people were arrested for kratom-related crimes (5% of all drug-related crimes in that country).

The drug is abused for its sedative or stimulating effects. At low dosages, it is a stimulant, making a person more talkative, sociable and energetic. At higher dosages, it creates lethargy and euphoria. But the experience is unpleasant for every user.

This drug only began to be seen in the US in 2012, but it is easy to obtain online. Many smoke shops, “head shops,” convenience stores and gas stations sell this drug.

A person using this drug may not expect or want the following undesirable effects of kratom:

2. Vomiting (can be severe and prolonged)

3. Nausea (can be severe and prolonged)

Since the drug is also addictive, one of the effects can include compulsive use of the drug despite the harm being done to one’s mental state or life.

Addiction effects may include:

3. Darkening of skin on face

4. Constant cravings that drive one to use more of the drug 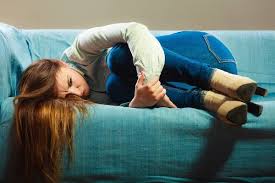 Withdrawal effects of kratom are similar to those of opiates like heroin or prescription painkillers.

At this point in the US, the numbers are not large for people going to the emergency room with these adverse effects. But the drug is new to this country. If people are not educated about the adverse effects that can be suffered, including addiction, then the drug may become more popular and more damage may be seen.

Narconon Can Help the Person Who is Addicted to Kratom 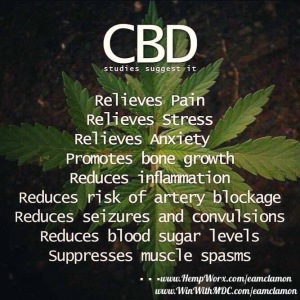 CBD is a Natural pain relief and anti-inflammatory. People commonly use prescription or over-the-counter drugs to relieve pain and stiffness, including chronic pain, but CBD Oil offers a more natural way to lower your pain. Researchers believe the non-psychoactive compounds in marijuana, including CBD, could be a new treatment for chronic pain. Those of us who live with Chronic Pain know how effective it is in relieving pain without all the negative side effects. CBD is presently used for some conditions that cause chronic pain, like multiple sclerosis and fibromyalgia. CBD Oil Will it help you? What is it? Is it Legal in my State?

CAUTION!! If you have a job or other circumstance that requires you to drug test use CBD Oil with little to no THC! THC will show on a drug test. This CBD Oil however, this Oil contains very low levels of THC!! This makes it the perfect choice for those who want to give it try to see if it’s healing benefits work for them (I’ve never had anyone that did not see positive benefits), without the risk of showing positive for Marijuana on a drug screen.

DISCLAIMER: The information here is NOT medical advice. Do not institute any changes in your current health programs without consulting your Medical provider. For medical advice please consult your private physician or preferred health service provider.

DISCLAIMER:
So as per FTC Regulations I would like to let you know that I do have affiliate links throughout this blog. The links provide me with a small percentage of commission but do not cost you anything extra.
I (Elizabeth) is also a participant in multiple Affiliate Associates Program, an affiliate advertising program designed to provide a means for sites to earn advertising fees by advertising and linking.