Both THC and CBD are cannabinoids that coexist in the Cannabis plant, however they are very different and their effects on the brain and body are as well. The biggest difference in the two is THC is psychoactive and CBD is not. Simply put THC will get you high, CBD will not. They both work in the body’s endocannabinoid system, what the heck does that mean? I didn’t even know my body had a endocannabinoid system? Well, basically it’s a group of receptors in the brain and throughout the nervous system. It’s known as the body’s own cannabinoid system and is involved in a variety of processes including appetite, pain-sensation, mood, and memory, and in resolving the psychoactive effects of cannabis. THC mainly causes reactions in the nervous system and CBD primarily interacts with the immune system. Because the two compounds work on different receptors in the brain and nervous system they produce different symptoms in the body.

THC is the probably the best known component in Marijuana and the one most people love. It is a chemical compound or cannabinoid found in the cannabis plant. It is well known for being the most psychoactive compound and marijuana. THC gives you the high feeling and the more THC you get the higher your high will be. Other symptoms such as increased appetite, relaxed feelings, and euphoria are also caused by THC. Essentially, THC increases the level of dopamine in the brain. Dopamine is the neurotransmitter that functions in the brains reward and pleasure center. It works in part to help the brain recognize rewards and seek them out. In other words THC interacts with receptors in the brain that lead to excessive dopamine levels and heightened senses. This is what is known as a “high”.

CBD is known to combat some of the effects of THC. CBD is known to have a more sedative effect and has been the main focus of medical research up until the last few years. More research has been done to examine CBD’s effects on the brain since it was discovered to have benefits for treating epilepsy and other neurological disorders. CBD is unique because of its potential for medical use, since it has the ability to affect a large number of brain and body receptors. When CBD binds with the vanilloid receptor in the brain it works as a stimulant to activate it’s ability to regulate pain, inflammation, and body temperature, this is why cannabis with high levels of CBD works to treat pain so well. In high concentrations CBD can also activate receptors involved in processes relating to anxiety, sleep, pain, appetite, and more. As we continue to study cannabis the discoveries of it’s medical benefits will be endless. 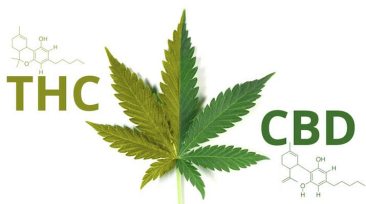 Some marijuana strains have higher amounts of THC and low amounts of CBD. Some strains have low amounts THC and high amounts of CBD and some are in between. That’s all part of the genetic diversity and chemical diversity of cannabis. Although THC and CBD get the most attention they are not the only active components in marijuana there are over 80 active cannabinoids found in this plant. There are several it would be good to take note of. Cannabinol (CBN) now is an oxidation product of THC. Of all the known cannabinoids CBN has the strongest sedative effect, therefore it is great for insomnia. Another important component found in marijuana is cannabigerol (CBG). Though this one does not have the intoxicating effects of THC it is said to be crucial part of the whole psychoactive system. Cannabichromene (CBC) is a similar component but primarily important for reducing anxiety and stress. There have been so many strides made recently in the research into Marijuana as medicine that the future of this miracle plant is only looking better. As we legalize and open up the ability for more studies of the benefits of medical marijuana the sky is the limit! We have already discovered so many positive attributes of marijuana it is hard to imagine what the future holds. I can only see good things down the road as we get to know more about the healing possibilities of cannabis! 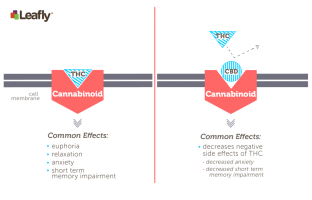