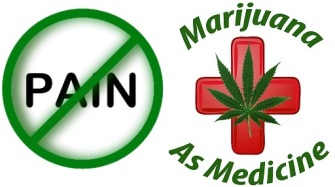 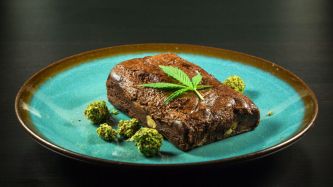 I have never been a big smoker, I tried marijuana a few times when I was a teen and had a good experience, but never gave it much thought once I was grown and out of the stressful childhood home I grew up in. Marijuana, like alcohol, was something I did on the weekends as a teen to escape the life I was force to live Monday through Friday. After I was out of that environment and had no need to escape, it was not something I had any desire to do. Until, three years ago when I was faced with Chronic Pain that could no longer be controlled with opioids.

I was in a serious auto accident in 2005 that left me disabled and in pain that will last for the rest of my life. Being a Natural Health Student, at the time, I knew natural healing and cures was better, but I was in so much pain and shock I just did what the medical doctors said and took the prescriptions. It started with pills, then pain patches, back to pills, shots in my neck, back, and trigger points, test upon test, surgeries, then more pills and stronger pills until I had to have another surgery and the pain could no longer be controlled. I decided right then and there that there had to be a better way! I did what I do and began to research my options. I decided to give medical marijuana a try.

Since I am an asthma sufferer I was afraid smoking, so I decided eatables would be the best option for me to try. We were making a trip to Wyoming for our sons graduation from college anyway, so we scooted across the Colorado line so I could buy some candy and brownies to try. They helped some, but didn’t seem strong enough to treat the increasing pain I was unable to control. The thing that did seem to help the most was waiting to be called back to get my medication, when I went into the store I was suffering with a headache quickly heading towards a migraine and after waiting for about twenty minutes in the lobby my headache was gone! Could it be the placebo effect? I hadn’t taken anything and those headaches don’t just disappear all on their own, they progress to me having an ice pack on my eyes, throwing up, and in bed for hours to weeks! On my way out curiosity got the better of me and I decided to snoop around, well what I found was defuser hidden behind plants, chairs, and clothing racks. Ah ha! The medical marijuana in the defuser, being released into the air had caused my headache to be gone, totally gone!! That was the beginning of my journey into the somewhat legal world of medical marijuana.